I was sitting at a local park sipping on my favorite boba drink & watching people walking by. It was a pretty sunny day. Playing with my phone swiping through the daily news.. then suddenly received a ping notification text. I glanced at the unread texts. At first didn’t want to read it yet; a few minutes went by. saw a couple more people goes by and then a large stalky guy walking a poodle which caught my attention; somehow that seemed like an odd couple ..toward the distance i can see some cars approaching the parking lot; and a dark van pulled up in the parking lot and parked still. didn’t look like a ups van. kind of odd having a ups van pull up to a park. i was thinking to myself; maybe the driver is taking a lunch break. then i heard another ping on my phone. saw a second texts. so i pull up my phone now to open up. first text not sure who it came from just list some number that i dont recognize..texts said “ hey pretty..we want you..” weird texts. i didnt respond ; probably a wrong numbered texts which i get from time to time.. then i read another texts..” bitch! are you teasing us..looking good in the purple top there..” that second texts got my attention..; how did they know i was wearing a purple top? i then put my phone down and looked around; there’s people walking around; didnt look like i knew anyone..; i text back..:” thank you kindly; but i think you got the wrong number”. at that moment couple guys was walking their dog near me… a return text pinged again..no mistake; we like you and wanted yi noticed the 2 guys who was walking their dog; had their phone in their hand and pointed toward me..i think they were snapping some pics; i am used to that; people do that all the time; so i smiled and didnt think of anything but then they walked toward me. they were smiling so i smiled back; but then 1 of them grabbed my arm; and pull me toward him; and walked toward the black van parked earlier; i go where are you taking me? he just said come with me. the other guy pull out a zip tie and had my wrist tied;..my purse and handbag and phone was on the ground; but they said; dont worry about those; you wont be needing it where you going. but then he motioned to another guy in the van to fetch it; the sliding door of the van was opened; it was dark inside the van;i was thrown in the van; the driver then said “dont damage the merchandise”; a merchandise? i was thinking to myself whats happening to me…they didn’t bother to cover my eyes; i can see that there’s about 5 in the back of the van with 2 up front; Billy was the one that zip tied my hands in the back; said; can we examine her now. the driver motioned yes. Billy pull me in the back and motioned to Victor who sat in the back; i think it’s your turn you lucky dog; Victor had huge hands and with an open palm grab my neck and pull me toward him; he squeezed too tight; i couldn’t breathe for a few seconds..Billy. yelled dont damage the goods; So victor ease up his grip; i was now scared…as victor let loose the rest of the guys rip my top off cut off my shorts and but left my thong; and as they remove other items of clothing; another guy was taking pics of me and videotaping; get her ready for our client; dont you guys touch the merchandize the driver said; i still dont know what these guys are up to..i’m not sure how long we drove; but it appears at least an hour; Billy then put a dog leash on my neck and said to the driver; this bitch is all set boss. after the van stopped Billy and the driver whose name i found out later is Butch; Butch is a stalky black guy he then; took the leash and threw me to the ground and motion me to stay down; as he motion me to stay down to the ground; and he walked toward some bushy areas; and motion me to kneel down; he then unzip himself and pull out his dick; omg he is at least 9-10 inches long and very thick; Butch then without saying anything looked at me as if telling me; i just knew what i am supposed to do..i opened my mouth and start sucking him; i can start to taste his precum; he then said swallow that shit bitch; but i am going to let you have my load inside you hear? i did not dare to disobey..after a few moments pass by; he pulled out of my mouth and motion billy to come close; let her suck you too…you deserve to have a piece…Billy as if very happy pull out his dick too and as i start to suck Billy his dick grew larger very quickly; Butch then motioned me to to lay kneel on all fours; as i continue to suck Billy; I can tell Billy is starting to cum..Billy moaned out to Butch; Boss i can’t hang on any longer; she is very good..so Billy cum his entire load and i did not dare not swallow; as i was kneeling down Butch pull down my thong to show my pussy; he then slowly push his huge dick; he was so big it was so painful; but i did not dare to stop; Butch seemed to be please; and yell at me whore you are fucked today! Butch then proceed to shove his cock deeper into me…with each thrust i moan which made it so much better.. I started to yell fuck me ! 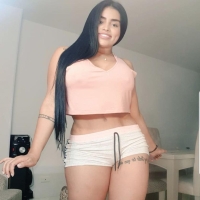 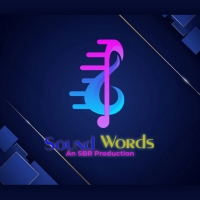 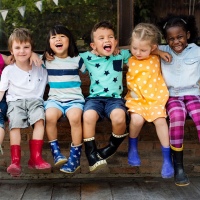 Everything you need to know about Sugar Babies

Finding Strength in my Submission

You don't have to be rich to have sex with beautiful women!

Let me show you my world. Enjoy my company.